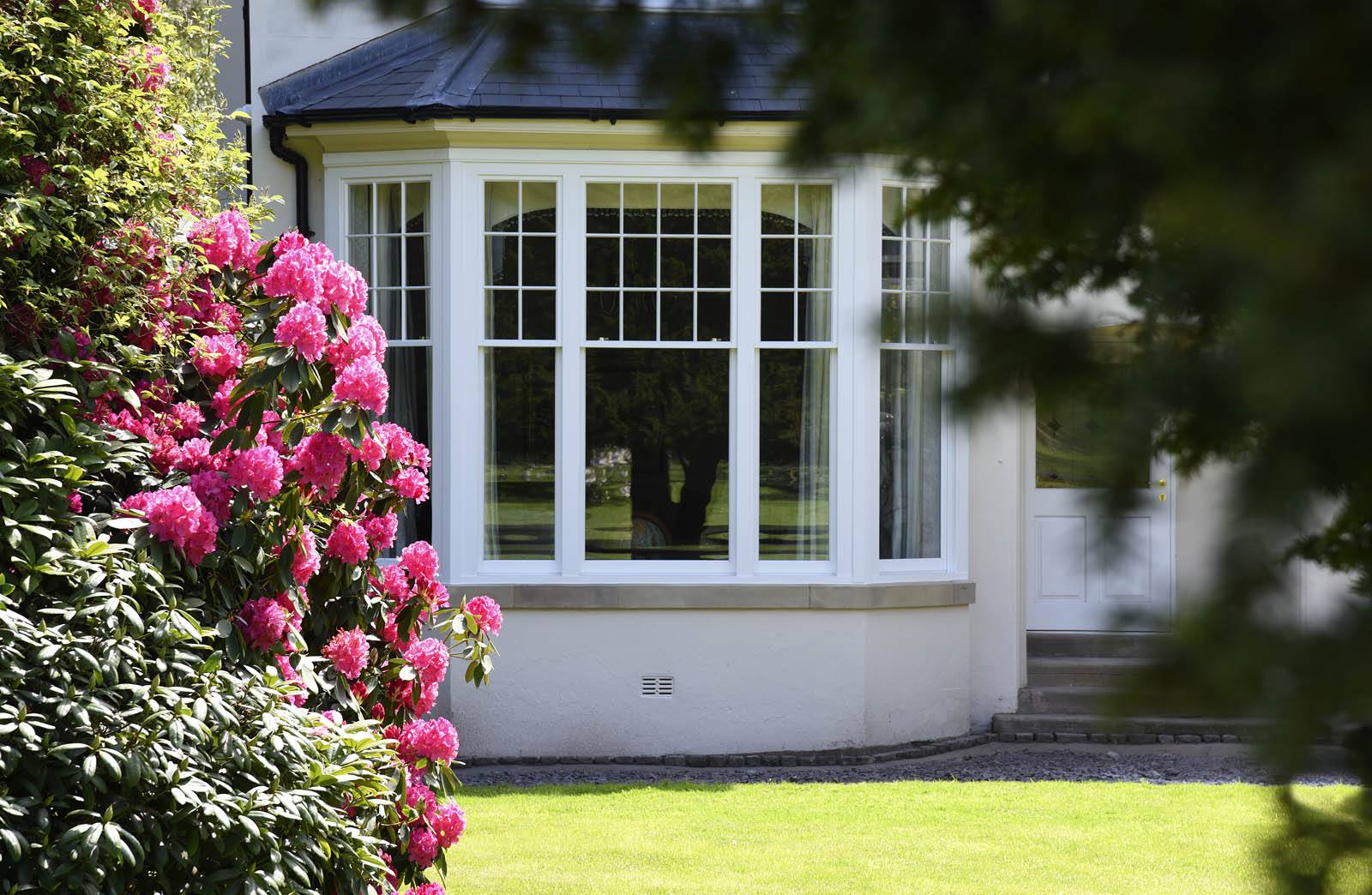 Whilst you may not think twice about the windows in your house, this fantastic invention has a fascinating history and has been responsible for bringing light into our lives for over two thousand years.

The earliest windows were very different from those of today. The first use of the word itself referred to an unglazed hole in a roof and early versions of the window were simply a hole in the wall that provided little protection against the elements. Later, cloth, paper, animal hide and flattened horn were all used to provide temporary respite against the weather.

The Romans were the first to experiment with glass in their windows – this initially appeared in Alexandria around 100 AD but the glass was thick and opaque. However, for the next thousand years this would be the only alternative to other, less weatherproof alternatives.

As the trend for glass windows spread, craftsmen began to develop glass that was clearer and better shaped – for example, much slimmer rectangular glass panes could be produced by a technique that involved slicing through a blown glass cylinder and this gave rise to the ‘mullioned’ window. These windows, which are made up of smaller sections of glass attached together, can still be seen today in our Gothic churches.

Glazed windows were for many years a status symbol, as only the very rich could afford to have glass; larger glazed windows in a house very often indicated financial prosperity, and were only adopted more widely as advances in glass and frame manufacture brought costs down.

Today we have a wonderfully wide array of windows from which to choose, including casement windows, traditional sash windows and even more modern inventions, such as the tilt and turn window. However, it is always interesting to cast your mind back to the origins of those very first ‘wind eyes,’ if only to appreciate just how far we have come.

Tradition, Innovation, Quality and True Craftsmanship – Samuel Heath
The Timber Windows Showroom Experience
Samuel Heath Ironmongery – Craftsmanship video
Just launched….give your kerb appeal a boost with help from the new Timber Windows ‘Door Portfolio’
Timber Windows – the Environmental Choice
1930’s Doors – A Stylistic Overview
Replacing windows in a conservation area
In a world where energy is the new gold standard, can the conservation issue be maintained?
Classic form or contemporary features – it’s a matter of detail
The origins and significance of stained glass
The History of Victorian Architecture and What to Consider in Restoring a Victorian Property
Inspirations 8 now available – Get your free copy today!
Timber Windows will be exhibiting at the Goodwood Festival of Speed
Proven success in timber windows and doors for listed properties
What is multilayer Timber?
What are the benefits of using Timber Windows over the local joiner?
Timber vs uPVC – Which is best?
Look Through Any Window… What do you see?
Request a Brochure
Make an Enquiry
close
Brochure
close
Inspirations Magazine
If you’re looking for ideas and inspiration for your home, the Timber Windows Inspirations magazines are a must read. Packed with real customer stories, transformations and case studies, stunning photography and informative articles, we now have a collection of 10 editions, all of which will be an enjoyable read for anyone interested in making the most of their home. Printed copies can also be collected, free of charge at any one of our beautiful showrooms – find your nearest location here.
close
Make an Enquiry

Please complete the short form below and we’ll ask your nearest Timber Windows showroom to contact you to discuss your requirements.

Your browser is out-of-date!

Update your browser to view this website correctly. Update my browser now